Patients skip prescriptions to save money 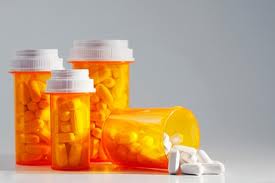 A recent study by the U.S. Centers for Disease Control and Prevention revealed the strategies used by adults to reduce how much money they spend on prescriptions.

As part of the report, a survey conducted by the National Health Interview in 2013 found that U.S. consumers paid out of pocket for approximately 18 percent of the $263 billion spent on prescription drugs in 2012.

To save money, 7.8 percent of American adults do not take their medication as frequently as their doctors prescribe and 1.6 percent of adults purchased their prescriptions from other countries.

The report also found that 15.1 percent of adults asked their doctors to prescribe cheaper medication and 4.2 percent of respondents used alternative health therapies to avoid spending so much money on prescriptions.

Adults between the ages of 18 and 64 also were almost twice as likely as adults older than 65 to stop taking their medication because of expenses.

Of the adults between the ages of 18 and 64, the 14 percent who were uninsured were more likely to stop taking the medication completely.

The adults most likely to stop taking their medication because of money consisted of those with incomes that fell below 139 percent of the federal poverty level.