NACDS continues to work with lawmakers on Final Rule 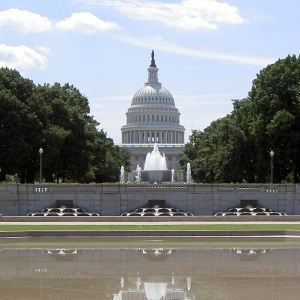 NACDS has continued to work with Congress on the Final Rule | morguefile.com
The National Association of Chain Drug Stores (NACDS) has continued its discussions with congressional stakeholders after the release of the Covered Outpatient Drugs Final Rule by the Centers for Medicare & Medicaid Services (CMS), which would alter significantly reimbursement by pharmacies for both generic and brand name drugs distributed to Medicaid users.

The NACDS has been persistent in its communications with its allies in Congress on its examination of the Final Rule, also known as the Medicaid AMP rule. The congressional members the NACDS continues to engage on the matter of the Final Rule are U.S. Sens. Johnny Isakson (R-GA) and Mark Warner (D-VA) and U.S. Reps. Chris Collins (R-NY) and Dave Loebsack (D-IA).

These members of the Senate and the House were at the forefront of the group that issued letters to Sylvia Burwell, Secretary of the Health and Human Services, last year that advised for a transition period of one year before the implementation of the AMP-based federal upper limits (FULs). The group of lawmakers also asked for support for precise reimbursement from wholesale pharmacies that distribute prescription drugs in order to preserve access for Medicaid patients.