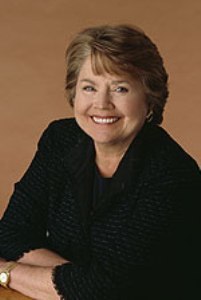 The COPD Foundation today announced the appointment of Grace Anne Dorney Koppel to president while Acting President Craig Kephart moves up to CEO.

“I am delighted that Grace Anne has taken on this new position of president after having been such a valuable member and contributor to the COPD Foundation Board of Directors,” Chairman of the Board of Directors Dr. Byron Thomashow said. “In addition to having a long history of patient advocacy, Grace Anne is a proven leader ready to tackle the issues facing the 30 million Americans affected by COPD. I am confident that with Grace Anne and Craig at the helm, the COPD Foundation will continue to build on the legacy started by founder John Walsh over a decade ago. We remain hopeful that John will continue to recover and ultimately resume his important role at the Foundation.”

Chronic obstructive pulmonary disease (COPD) is used to describe chronic progressive lung diseases. Included under its umbrella are emphysema, chronic bronchitis and other conditions that result in increasing breathlessness. The COPD Foundation is dedicated to preventing and curing COPD.

Koppel also suffers from COPD. Diagnosed in 2001, she has worked to increase awareness of the disease since 2006. She is the national spokesperson and patient advocate for the National Heart, Lung and Blood Institute of Health, and in that role has appeared on numerous national television shows and news programs.

"Ours is a misunderstood and under acknowledged disease," Koppel said. "To the best of my abilities, I hope to bring COPD out from the shadows into the light of understanding and support which we desperately need."