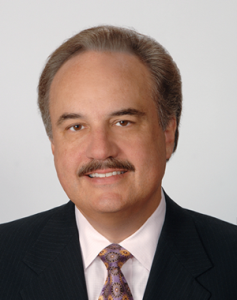 CVS Health Corp. recently announced that company president and CEO Larry Merlo will speak at the UBS Global Healthcare Conference at 9 a.m. EST on May 24.

The audio webcast will be on the Investor Relations part of the CVS website. Investors and interested parties can find the webcast at http://investors.cvshealth.com.

Merlo joined CVS Pharmacy in 1990, when the company acquired Peoples Drug. He worked his way up to President of CVS Pharmacy before becoming CVS Health Corp.'s President and CEO in 2011.

Under Merlo's leadership, CVS Health has taken the lead in the changing landscape of health care. Its dedication to health care and public health led the company to remove all tobacco products from its stores in 2014. New initiatives and partnerships continue CVS' efforts to eliminate tobacco from college campuses.

CVS is also partnering with other governmental and health organizations in the battle against prescription drug abuse. The company has recently made the overdose reversal drug naloxone available without a prescription in its pharmacies in more than 22 states.