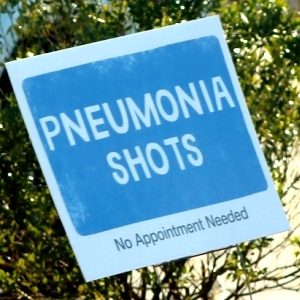 The U.S. Food and Drug Administration (FDA) approved the use of the Prevnar 13 pneumonia vaccine for adults ages 18-49, Pfizer announced yesterday.

With the expanded age range, Prevnar 13 is the only pneumococcal vaccine approved for ages 6 weeks and up.

“This expanded age indication in adults 18 to 49 offers an important public health benefit as appropriate vaccination against S. pneumoniae is critical to reducing the risk of pneumococcal disease, including in those with immunocompromising conditions," Pfizer Vaccines Chief Medical and Scientific Affairs Officer Dr. Luis Jodar said.

The vaccine is effective against the S. pneumoniae bacteria, which is the most common form of bacterial pneumonia. It is approved for patients with conditions that compromise the immune system, such as cancer, HIV and sickle cell disease. Patients with compromised immune systems may have a reduced response to the vaccine. In addition, the vaccine should not be given at the same time as a flu vaccine.

The FDA reviewed the data from the Phase III trial that compared Prevnar 13 in adults ages 18 to 49 versus adults ages 60 to 64. The participants in the trial had not received the 23-valent pneumococcal polysaccharide vaccine (PPSV23) previously. The results of the study were published in the October 2015 issue of Vaccine.