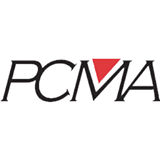 Pharmaceutical Care Management Association
Managing and monitoring the increasingly high cost of speciality drugs will be a key challenge to control insurance prices over the next two years, say employers and third-party payers.

As employers expect health care costs to rise by 5 percent this year and next, the pharmacy benefit management industry have formulated its plan to keep costs down.

"The key to reducing costs is through competition and the challenge is we need more of it," Cote, vice president for strategic communications for the national body representing pharmacy benefit managers, told American Pharmacy News in an email message.

"The pharmacy benefit management industry has advocated for a number of approaches that would encourage greater competition and in turn lower costs," Cote added.

These include accelerating Food and Drug Administration approvals of drugs that face no competition, and incentivizing greater use of biosimilars — drugs with active properties similar to ones already licensed.

Cote and his organization also want to make co-pay coupons an illegal kickback for all insurance that receives any federal subsidy, not just for Medicare and other federal programs.

The benefit management and insurance industries argue co-pay coupons lure consumers toward more expensive brands. The PCMA estimates it will increase drugs costs by the $32 billion over the next decade.

The PCMA also advocates avoiding "any willing pharmacy" mandates — those that require managed care plans to accept any qualified provider who is willing to accept that plan's terms and conditions — that limit specialty pharmacy options and undermine patient safety.

Cote was responding to a survey that revealed nearly nine out of 10 employers identified managing pharmacy spending generally, and managing the high-cost specialty drugs specifically, as their top priority over the next three years.

Employers expect total health care costs, both for employer and employee, to increase 5 percent in both 2016 and 2017, up from 4 percent in 2015, according to the survey by Willis Towers Watson, a global advisory company.

In absolute dollars, employers expect average employee per-year costs to rise to $12,338 in 2016 and nearly to $13,000 in 2017, reports the early findings of the 21st annual Best Practices in Health Care Employer Survey.

Despite the cost pressures, the survey found 81 percent of employers will make "relatively modest changes to employee premium contributions and other cost-sharing provisions such as deductibles and out-of-pocket limits for 2017."

“These include more restrictive pharmacy benefits, the continuing addition of surcharges for working spouse and dependent coverage, and offering incentives to encourage employees to use centers of excellence for specialty services," Stone said.

Employers plan to monitor the use of high cost drugs, with 61 percent adding programs to ensure their appropriate use, up from 53 percent in 2015. Eight-five percent are considering doing so by 2018.

Other measures employers are taking include addressing specialty pharmacy spending that occurs through the medical benefit plan, attempting to influence site of care, making changes to dependent costs by adding surcharges, increasing enrollment in high-deductible health plans with tax-advantaged savings accounts, and encouraging use of centers of excellence that have proven quality outcomes.

“Although cost management is always a focus, over the next 12 months employers also will be seeking to modernize their benefit offerings to appeal to a multi-generational workforce,” Trevis Parson, chief health and benefits actuary for Willis Towers Watson, said.