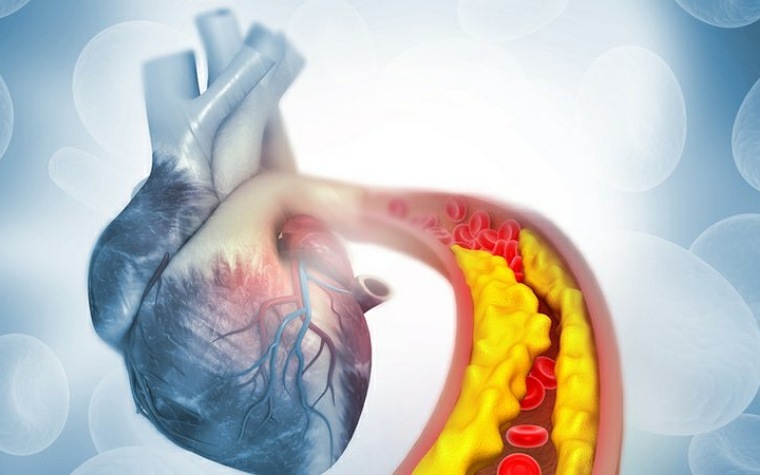 Novartis announced results from a prespecified analysis of pooled data from three Phase III studies evaluating the safety and efficacy of inclisiran, its first-in-class investigational treatment for hyperlipidemia in adults. The data was presented during a Late Breaker session at the American College of Cardiology's Annual Scientific Session Together with World Congress of Cardiology (ACC.20/WCC Virtual). The pooled analysis of the ORION-9, -10 and -11 Phase III trials showed a durable and potent reduction in LDL-C of 51% when used in addition to other lipid-lowering therapies (LLT) over 17 months of treatment1. The prespecified analysis of pooled data is consistent with the efficacy and safety findings of the individual Phase III trial results recently published in The New England Journal of Medicine.

Additionally, a prespecified exploratory analysis using the safety reporting from all three trials indicated fewer MACE with inclisiran compared to placebo (7.1%, 9.4% respectively)1. The overall safety and tolerability profile was generally similar between the inclisiran and placebo groups. While these preliminary observations are based on a low number of events, they are consistent with the general concept that however LDL-C is lowered, it is thought to result in reduced risk of future cardiovascular events2. This further supports the research currently underway in the Phase III ORION-4 trial. The ORION-4 trial aims to recruit 15,000 participants – from 150 sites in the United States and the United Kingdom – with pre-existing atherosclerotic cardiovascular disease (ASCVD) and who are unable to achieve LDL-C goal. Expected to finish in 2024, this trial will bring additional information on inclisiran's effects on cardiovascular outcomes.

"After decades of declining cardiovascular disease mortality, it is on the rise again, renewing the urgency behind our longstanding commitment to and extensive experience in this space," said David Platt, M.D., Vice President, US Clinical Development and Medical Affairs, Cardiovascular, Renal & Metabolism Medical Unit, Novartis Pharmaceuticals. "We are excited by the results we have seen to date with inclisiran, and we look forward to the potential opportunity to make the first and only LDL-C-lowering treatment in the small interfering RNA (siRNA) class available to patients with ASCVD and familial hypercholesterolemia."

Inclisiran is currently under review by the U.S. Food and Drug Administration (FDA) and European Medicines Agency (EMA) for use in adults with ASCVD or heterozygous familial hypercholesterolemia (HeFH) who have elevated LDL-C while being on a maximum tolerated dose of a LLT. Inclisiran was administered subcutaneously with an initial dose, again at 3 months and then every 6 months, offering a unique dosing regimen. If approved, inclisiran will be the first and only LDL-C-lowering treatment in the siRNA class.

Hyperlipidemia refers to the high level of lipids (fats, cholesterol, triglycerides), such as LDL-C, found in the blood that are either acquired or from genetic disorders3. LDL-C is the most readily modifiable risk factor for ASCVD4-9.  Despite the widespread use of therapies to reduce LDL-C, the majority of patients do not reach guideline-recommended treatment goals, leaving them at continued risk of a life-threatening condition10.

About the pooled analysis
The pooled analysis includes data from inclisiran's ORION-9, -10 and -11 trials, which are multicenter, double-blind, randomized, placebo-controlled,18-month studies evaluating inclisiran in patients with heterozygous familial hypercholesterolemia (ORION-9), ASCVD (ORION-10) and ASCVD or ASCVD risk equivalents (ORION-11). The primary endpoints for these studies were percentage change in LDL-C from baseline to 17 months and time-adjusted percentage change in LDL-C from baseline between 3 months and up to 18 months. The primary endpoints were achieved in all three studies. The prespecified analysis of pooled data assessed inclisiran's efficacy for lowering of LDL-C and other lipids/lipoproteins, as well as safety and tolerability, across these studies1.

In the prespecified analysis of pooled data, inclisiran resulted in placebo-adjusted LDL-C reduction at 17 months of 51% and a time-adjusted placebo-adjusted percentage reduction in LDL-C between 3 and 18 months of 51%. In a prespecified exploratory safety analysis, MACE were significantly lower with inclisiran versus placebo (7.1%, 9.4% respectively); measures included non-fatal myocardial infarction (5.2%, 7.8%), stroke (0.9%, 1.0%), cardiovascular death (0.9%, 0.8%) and resuscitated cardiac arrest (0.2%, 0.1%). The overall safety and tolerability profile was generally similar between inclisiran and placebo groups. No differences in adverse outcomes were observed between groups1.

About inclisiran
Inclisiran, an investigational cholesterol-lowering treatment, was added to the pipeline from the Novartis acquisition of The Medicines Company. Inclisiran will potentially be the first and only LDL-C lowering siRNA treatment. It is intended to be administered by a healthcare professional by subcutaneous injection with an initial dose, again at 3 months and then every 6 months thereafter. Its twice-yearly dosing by subcutaneous injection may integrate seamlessly into a patient's healthcare routine. As a siRNA, inclisiran is thought to harness the body's natural process of clearing LDL-C from the bloodstream. Inclisiran is a double-stranded siRNA, conjugated on the sense strand with triantennary N-acetylgalactosamine (GalNAc) to facilitate uptake by hepatocytes. In hepatocytes, inclisiran increases LDL-C receptor recycling and expression on the hepatocyte cell surface, thereby increasing LDL-C uptake by hepatocytes and lowering LDL-C levels in the circulation. Data from each of the Phase III studies was recently published online, ahead of print, in The New England Journal of Medicine11,12. A cardiovascular outcomes trial, ORION-4, is ongoing.

In the Phase III studies, inclisiran was reported to be well-tolerated with a safety profile similar to placebo. The most common adverse reactions reported (≥3% of patients treated with inclisiran and occurring more frequently than placebo) were, diabetes mellitus, hypertension, nasopharyngitis, arthralgia, back pain, dyspnea, bronchitis and upper respiratory tract infection. Adverse events at the injection site were more frequent with inclisiran than placebo and were generally mild and none were severe or persistent11,12.

Novartis has obtained global rights to develop, manufacture and commercialize inclisiran under a license and collaboration agreement with Alnylam Pharmaceuticals.

About Novartis in Cardiovascular-Renal-Metabolism
Bending the curve of life requires addressing some of society's biggest public health concerns. Novartis has an established and expanding presence in diseases covering the heart, kidney and metabolic system. In addition to essential treatment Entresto® (sacubitril/valsartan), Novartis has a growing pipeline of potentially first-in-class molecules addressing cardiovascular, metabolic and renal diseases.