Zepatier could be a game-changer for Hep C patients 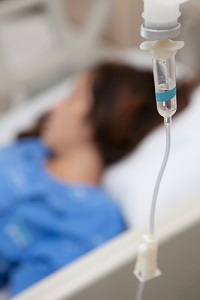 An estimated 3 percent of the world’s population struggles with the Hepatitis C virus (HCV), and rates have increased since the turn of the century.

Health-care informatics firm Advera Health Analytics reports clinical trials suggest Zepatier might be the safest of those treatment options. Zepatier performed about as well as competitor Harvoni in those trials and was only outperformed by competitor Sovaldi in those who had never received treatment. Sovaldi, however, turned up the most serious side effects, leading Advera to declare Zepatier safer based on this trial information.

Zepatier is also a cheaper and easier alternative to many other HCV treatments. The single daily pill also has potential to be combined with Doravirine or MK-1493 in order to synergistically combat HCV and HIV.

“The latest innovations in chronic HCV treatment that have become available over the past three years, now including Zepatier, provide the U.S. with an unprecedented opportunity to significantly reduce the burden of HCV,” Khan said.

Scientists have set a goal of controlling HCV by 2030, emboldened by Zepatier and its competitors. There are some complications remaining to that end, however. An estimated four of five patients with HCV currently go untreated, and thousands more are diagnosed annually.

“Continued innovation is needed and Merck is committed to ongoing research evaluating the efficacy and safety of Zepatier in additional patient populations, as well as investigating new medicines that may cure a broad range of patients with chronic HCV," Khan said.